DARK PATHS, GLIMPSES OF LIGHT-part 2 of 3

Posted on September 17, 2014 by papersunderarock

Well, in the last post I tried to give a realistic view of today’s feminist influenced monogamy, don’t look to see this on Oprah. I realized 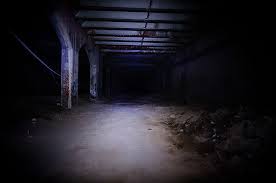 that I haven’t talked about mating outside of monogamy, those temporary liaison’s so prevalent since the sexual revolution. For the most part I’m not going to talk about it that much. The only interesting change is that men are at best “self-gratifying pigs” for doing this, if not outright rapists, and girls are somehow empowered by experiencing temporary trysts. Grrrrl power cannot allow “slut shaming”. I don’t think anybody wins here, humans are pair bonding creatures, regardless of gender.

On that note, lets take a look at how our society is being changed by the new paradigm of mating in the 21st century. The female side of things is reported in the matrix often, but how are the men doing? Women are still angry, frustrated and victimized by the “patriarchy”. The state of traditional marriage is in shambles, and the western birthrates are at dangerously low levels. If one is watching the matrix, there is a theme that pops up amongst all the angry rhetoric of the feminist claptrap. That theme is, “where have all the good men gone”. Let’s take a look at the manosphere to find some clues as to where they went.

The male response, unlike the female, is not centrally controlled. There is no unified direction that men are taking in response to western female derision. The response to women from men can best be described as a controlled shrug. There are multiple unifying movements, but they are not necessarily  in agreement with one another. I can’t include them all but generally they are:  pick-up artists (PUA’s), men’s rights advocates (MRA’s), men going their own way (MGTOW) and then the various red-pill marriage advocates (RPM’s)

As near as I can tell, these are the guys (Pick-Up Artists) who went first. Tired of the lies about “feminine

mystique” and the raw deal for men in the marital union, they shrugged. They decided that there was no point to being a nice guy who gets divorced and cleaned out. These men opt for learning to “game” women into a union of much, much less permanence. These are not the stereotypical leisure suited bar flies with a gold chain and a killer pick-up line. These are men who genuinely like women, and enjoy spending time with them. They love the chase and study girls, learning how to get females to desire the idea of a quick fling. But they go no further than that, most are honest with the girls.

The old saw about how women are  complicated and mysterious died a quick death, women are actually very simple creatures. Find the right (politically incorrect) buttons and girls are literally putty to be moulded, and the PUA’s prove it again and again (and make money selling books, courses, etc).  The 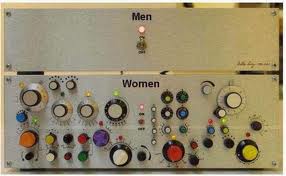 concept of “game” was born, and the techniques, theories, and concepts debated/discussed endlessly. Now, don’t think for a minute that I’m advocating this lifestyle as a good thing, all that gaming, banging, subsequent break-ups etc, should give anybodies soul a case of the moral dry heaves. The fact remains, however, that the feminist version of how men should act, and, how women are morally superior, is bovine excrement. Once the dirigible of “feminine mystique” went down in flames, the rest of the feminist matrix began to look as fake as it really is, and many other male voices began to be heard.

Men’s Rights Advocates are much more political. These are often men who have come out the other end of the divorce meat grinder. Stripped of wealth, vilified, and sometimes jailed

for the crime of being male, they are trying to work within the system for legal equality. I know this is hard to believe,we are so brainwashed that only females can be victims; but many a man has been ruined by our present system. I refuse (in the google age) to go all reputable journalist and quote sources, but I do believe a father lit himself on fire outside a gov’t office, because he was caught between the rock of unemployment and the hard place of “deadbeat dad”. These groups have a hard time getting traction in our society because there is no political capital in helping men, it’s not part of the narrative written into the matrix. If it was just a case of cultural apathy it would be bad enough, these groups are routinely attacked as bigots and woman haters. The true colours of the feminist establishment come out when these men try to speak out. At a university in Toronto recently, one of these men tried to hold a meeting, it had to be cancelled due to packs of vulgar, screaming, violent, feminist harpies “protesting” the “hatred of women”. Check it out on youtube, its not hard to find the “hatred”, but it’s all directed at men.

The (Men Going Their Own Way) title pretty much explains the attitude of these guys, they don’t care about mating, they’re doing their own thing. Work a job, buy

toys, travel, enjoy life. Live your life single and enjoy the freedom, and lack of stress, since these commodities are almost non existent in todays feminist version of relationships. These guys are not monks, but they are not going to chase the girls, and won’t commit to any permanent mating bond. You know the old saying? “Women; can’t live with ’em, can’t……………..” they just leave it right there, they are living without them. Surprisingly, the strongest vitriol in the feminist narrative is aimed at these guys. On a logical level it’s hard to understand the feminist anger, these fella’s just want to say adios to the old system of “manning up”, and enjoy a quiet single life; why the animosity from feminists? It is logical though, it’s

about power. The guys chasing women can be controlled through sex, even if only temporarily; for a few hours. The men trying to change the system, and balance political or legal systems can be controlled with the media, judiciary, educational or government machinery. MGTOW’s can’t be controlled, yet. Look for some kind of greater tax penalty on the single male in the future. This sector of disenchanted males are also the ones with the most effect on society, let me give an example. In Japan sixty percent of men under thirty have no plans to marry and reproduce, they call themselves “herbivores”. The combination of Japanese culture and western feminism, it would seem, is not desirable to creating a male that wants to “settle down”.  These guys don’t want to get in there and compete to succeed, they are happy with quiet jobs, video games, and pornography. Not only is this disruptive to a society (Japan has been a leader in innovation and production), there are hardly any babies! Japan’s population is aging and there are few replacements. Alarm is spreading within the halls of Japan’s intelligencia. I’ve seen some info that the Netherlands are almost as bad, but they are bringing in immigrants that have no problem with culturally forcing women into the role of baby factories (not that that is a good thing).

Red Pill Marriage advocates, this group is the most diverse, but I’ve lumped them together. These guys are calling for a change in the

whole idea of marriage, and they are not wanting to turn the clock back to the 50’s. We cannot go back to a time where men brought home the bacon while women kept the house, we don’t have that luxury. Both spouses have to work to pay the bills and the taxes, the household chores have to be done on weekends, and nobody gets met at the door with their slippers. These thinkers have looked at the present marriage mess, cherry picked the ideas from the other movements, and come up with marriage 2.0. RPM boiled down to it’s essence has come to the following conclusions: a) men and women are NOT the same b) feminism has created an entitled female psyche hostile to men c) women not only need male leadership and dominance, they crave it, and lastly d) no woman (who hasn’t swallowed the red pill) will ever admit to any of this. The philosophy comes down to male leadership within the relationship. Use every game technique you can to attract,(and keep) your wife, know your legal standing at all times, be ready 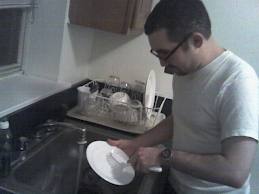 to go your own way at any time (more fish in the sea and all that). These attitudes and techniques give men the sense of masculinity and leadership that women crave; giving the lion back his roar so to speak. For men, gaining the properly balanced attitude of “outcome independence” and masculine aggressiveness is quite a challenge. Some red pill thinkers advocate a total alpha male mindset, if she doesn’t like it, next her. Others call for a more balanced red/blue pill approach, alpha leadership combined with “beta-male comforts”. All agree that the current feminist approach to relationships is out of touch with reality, for both men and women; except on Oprah. Some red pill advocates base their stuff on evolutionary 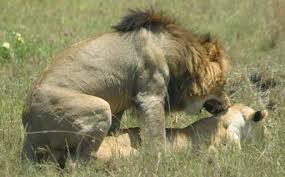 psychology, others on traditions of the past, and some on just what works; all agree that what we have now, doesn’t work. What are the lies of the modern approach? here’s a few: women don’t get hot and bothered by a man doing dishes, women aren’t really interested in men’s feelings (especially if they make him look weak), men don’t really need to get in touch with a “feminine side”, a couple can never be 100% equal (someone will always be in charge); that’s a very tiny sample.

It is the RPM’s that I spent the most time looking at, they seemed closest to a reality that could actually be embraced by the majority of the male population. Probably the best site I found on this was Athol Kay’s Married Man Sex Life, followed by Ian Ironwood’s Red Pill Room. If you want to overview the other flavours of the manosphere a good site is viva la manosphere. None of this stuff is bang on, some of it is 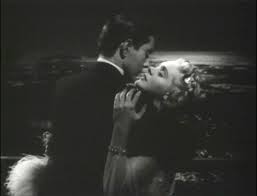 downright poisonous. There are many men out there who feel burned by societies feminist version of marriage, that the game is rigged against them, and mens voices are not heard. The content of much of the manosphere is filled with hurt and bitterness. The mainstream matrix has vilified masculinity, so the the manosphere is pushing back.  All the information has a ring of truth, at least in as far as showing the matrix for the soul stealing lie that it is. To anyone who is up on this stuff I’m covering really old ground, but if you’re a mainstream matrix consumer, I’m a bomb throwing anarchist. Magazines, newspapers, television,

government, churches, movies; they all sing from the matrix song sheet. The manosphere is shouting out of the darkness, and trying to strike a light to the lies. Some are trying for illumination, others are hoping to spark a destroying fire.

In my last post on this topic (for now) I will try to shed light on what I know to be truth. It is what I know to be truth, decide for yourself. I will boil everything down to the bones of reality and show that the same pot of bones has been around since the beginning. If you don’t like what I have to say, put my paper back under the rock, and continue your journey for the truth. 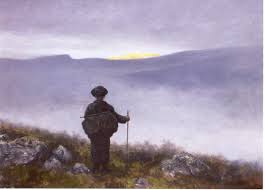